“Overall, the whole camp, it’s probably one of the best development camps that I can remember as a whole. The talent level, the compete level, the skill level was really, really high.”

That was Mike Donnelly, a veteran of the LA Kings player development department, who spoke for close to 15 minutes after the end of 2022 Kings Development Camp. Donnelly, a Kings alum, is primarily responsible for working with the organization’s forward prospects, along with Jarret Stoll, while the duo of Matt Greene and Sean O’Donnell work with the defensemen and Matt Millar and Adam Brown focus on the goaltenders.

Donnelly, for sure though, has seen a ton of these camps over the years – even he forgot how long he’s been here, with a laugh – but he felt this week was one of the best he’s been a part of, something he said above and reinforced later in the interview.

Development Camp is primarily thought of as a week for prospects within the organization, but at the same time, it goes the other way too. It’s an important week for the player development staff here to get to know the players, evaluate their strengths and identify their weaknesses. Donnelly emphasized that yesterday.

“Some of these kids we hadn’t seen play, so it’s a really good week for us to figure out what they need to work on, besides just the general skill things that we believe are important to play in the NHL and win in the NHL, we have to teach just basic fundamentals,” he said. “It’s stickhandling, passing and it’s almost like we have to retool these kids. We try to show them how to train the right way so they can get better. When they go to practice, if you have bad habits and you’re doing things wrong, we as an organization have to correct them. You don’t have time, once you’re a pro hockey player, to start working on [those things].”

This week’s group featured an extremely wide variety of different ages, skillsets and experience levels. Angus Booth was drafted a week ago today. Tobias Bjornfot has more than 100 games played in the NHL. Taylor Ward is 24, coming off of a collegiate career. Kaleb Lawrence has only played in two games over the last two years due to a combination of injury and COVID. That’s a wide variety of different players to deal with.

Donnelly talked about the differences in strength and familiarity with players on one end of the scale versus the other, but at the same time, he knows it’s not his job to evaluate players from the standpoint of in-game performance. He’s here to take stock differently and has sorted out how to do that over the years.

“The first thing I notice right away is a strength difference, but my job is to treat them all [the same], I can’t look at it that way,” he said. “I do have to evaluate, but I evaluate them with a different rating than a coach would or an organization would. I have to see, fundamentally, is he okay. Does a puck blow up when he catches a pass, what am I going to have to work with him on and what do I have to tell him to work on when he goes back. I think that’s what I’m looking at, but it’s a tough evaluation. You see, it’s harder for the young kids when they come to their first development camp.”

What’s perhaps most interesting about a development camp, in Donnelly’s mind, is how fundamental it actually is.

You don’t necessarily think about that when you’re talking about players drafted to the NHL. From an outside perspective, you almost think of that type of stuff as being beneath players of this level. But, for Donnelly and his team, the fundamentals are important during a week like this. Certain things are what the group has been doing for years now, the bread and butter. Others have been changed or implemented over the years, as the game has grown and evolved.

“A lot of these things are basic fundamentals that if you want to be a pro, you have to be able to do these things,” Donnelly said. “I think these kids, with how much we emphasize it, we teach and they’re big believers. We show them before we go on the ice, this is what we’re doing today, this one skill, and you have to master this.”

Donnelly added that with certain players, you can realize very quickly what they might be lacking in their games. Whether it be skating, hands, stickhandling, passing, shooting, etc, he said that you don’t need to see a player on his worst day to identify those areas. How they conduct themselves and perform in certain drills, which are designed to identify those areas of improvement, help the staff go to work on eventually improving them.

He also believes that the group this week picked up some of those fundamentals quite well. Things that players struggled with early were improved as the week went on and that was encouraging to see. There’s a lot of information thrown at these kids, though, and beyond retention this week is what’s important.

“When we started doing some of these fundamental things for positional play, they struggle with it, but by the end of it, they’re starting to feel more comfortable with it, starting to pick it up, but this is the thing,” he said. “It’s not just one day and then it’s out of you, you’ve got to bank this, put it in your phone. There’s a lot of information they’re getting in four days.” 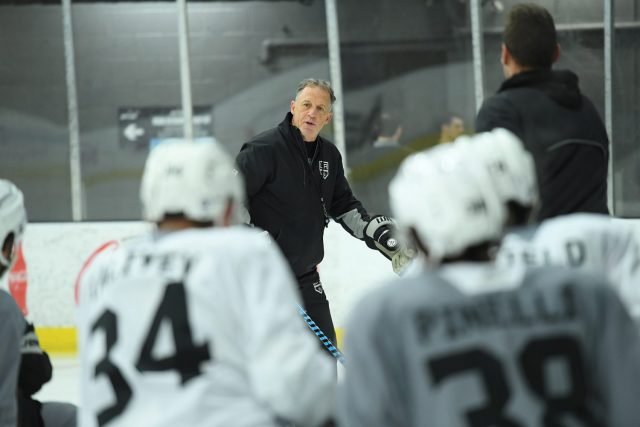 Donnelly also weighed in on a few different players from the week, including the team’s most recent second-round selection, Jack Hughes.

On Samuel Fagemo
If you look at the guys who have been, like Sammy, it’s his third year and he got better every day. He even admitted it to me, he said “I’m so glad I came.” I think in your organization, if you have guys like that, who are not afraid to come back to a development camp, he wants to get better and he wants to make the NHL, so it was awesome for him. We were able to find him some of the skills that we believe are really important for playing in the NHL and playing every day and he bought in, he worked hard.

On Brandt Clarke
When the puck drops, he’s just a gamer. The other day, there were like five seconds left in the game and his legs went over the boards, he wants to get out there. The kid wants to play. You saw some of that with Drew when he was younger, he just wants to play. If we can just fine tune some of his skills, some of the things we believe he’s a little bit behind on, work on his shooting and his hands, it’s going to make a big difference in his game.

On Jack Hughes
I saw him make some plays today. Maybe he wasn’t flying through the neutral zone, but he made some good plays offensively and that’s what he excels in. He sees it around the net, he’s a pass first guy and he’s trying to create offense for his linemates. He’s got really good vision, he’s got really good hockey sense, and this was a good camp for him. He was so excited, he wanted to get better every day and you could see it.

In speech shorter, Donnelly was also complementary of a player like Arthur Kaliyev, who he believes was exceptionally focused this week, as well as a player like Francesco Pinelli, who made noticeable strides from last season’s development camp to this season’s.

He also wasn’t shy about the impact that COVID-related adjustments had on certain players over the last two years.

“It was hard, this is important stuff,” he said. “They feel comfortable, they’re around the trainers, they’re around their teammates, this is an important week for these guys. With COVID, when we lost that stuff, it was hard. We had to improvise, it was all done on Zoom, a lot of video work and it set us back there’s no question. Unfortunate for these kids, it was hard for them, but we try to catch up as much as we can.”

Perhaps most importantly, though, Donnelly was quick to highlight the character that the group as a whole possesses.

“Our scouts, it’s amazing the kids they find,” he said. “I come to the rink going these kids are awesome. You can’t wait to help them and they really are good kids and our scouts do an unbelievable job of getting kids that have good character and want to work hard. Not once this week did we have someone not make eye contact with you, or have bad body language. It’s been an amazing week and it’s one of the top ones that I can remember.” 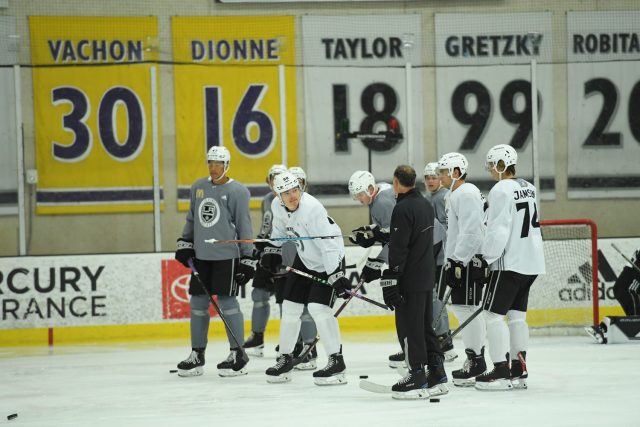